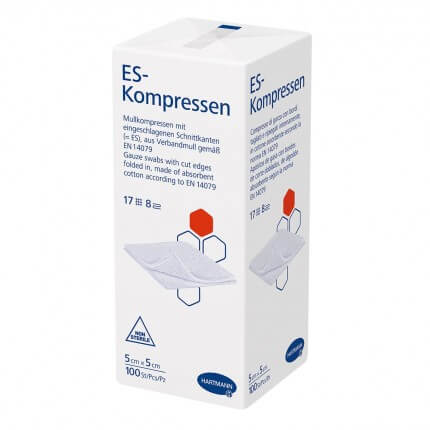 HARTMANN's non-sterile ES compresses are gauze compresses made of gauze according to EN 14079-VM 17 with folded edges (= ES). The ES compresses have good absorbency and can be used for general wound care, especially for the initial treatment of contaminated superficial wounds and for ointment dressings . The breathable cotton gauze is highly absorbent and absorbs fluids quickly. Due to the folded-in cut edges, the HARTMANN compresses can be used several times in larger formats without disturbing edge threads. The compresses are wrapped in paper and can be sterilized if necessary.