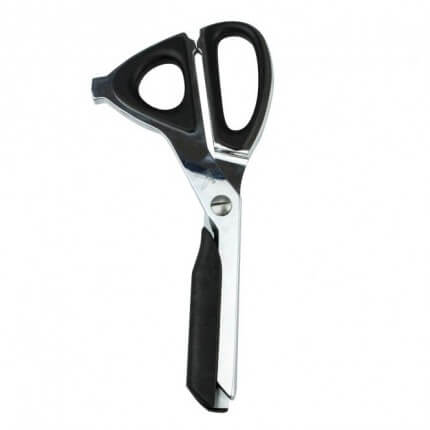 The Kretzer Robin rescue scissors should always be with you when you're on the move - whether in the rescue service, with the fire department or privately in the car. With Robin scissors, you're not just dealing with an ordinary pair of emergency scissors, but also have an emergency hammer at hand. The universally applicable multi-function rescue tool shatters glass and car windows and cuts through almost everything - belts, clothing, motorcycle suits and much more.

Robin rescue shears - At a glance

Rescue Scissors Robin - At a glance

Kretzer rescue scissors Robin are the small but effective emergency helpers for on the way - in the employment as emergency physician or paramedic, with the fire-brigade or also in the own passenger car. Because you can rescue not only others, but also yourself from emergency situations with the scissors. To avoid having to gather several different rescue tools in an emergency, the rescue shears were deliberately designed to be light but solid. This also provides for its use as an emergency hammer. And so that one does not have to look for the emergency tool for a long time, the rescue shears can be fastened practically everywhere: Either, one uses the holding bowl, which is in the offer, or fixes the scissors to the carpet of the vehicle by using special holding spikes, which are available separately in the DocCheck Shop. The emergency scissors can also be transported in the practical holster, ready to hand at any time.