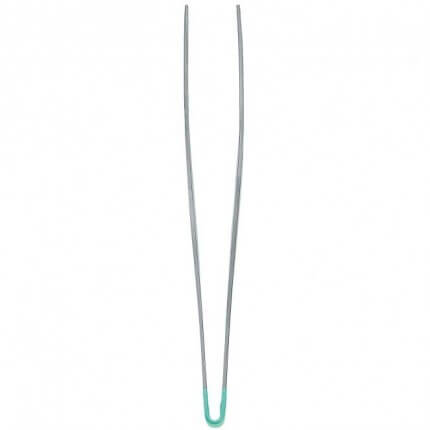 The working part of the forceps generally consists of 2 halves, the two forceps legs. These two parts are pressed together to grip or hold tissue. When the tweezers are released, they spring back to their original position as soon as finger pressure is released.

What is a good pair of tweezers?

There are three basic types of tweezers:

It is important that the tweezers used in each case can be held well, do not slip out of the hand, and that the instrumentation can be performed flawlessly and quickly. Splinter tweezers therefore often have grooves - or as in the case of Hartmann's disposable tweezers - indentations. This ensures safe, fast instrumentation.

This article is excluded from withdrawal.