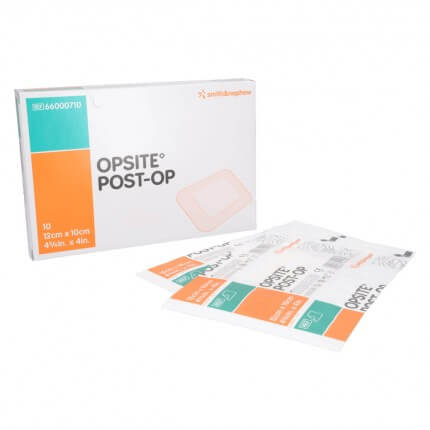 This postoperative wound dressing combines the virtues of OpSite film with an absorptive wound pad. That makes it an outstanding dressing for a variety of wounds.

The transparent film allows observation of the extent of fluid build-up by the user and examination of the area around the wound for infections, without having to remove the dressing. This lets the dressing be worn for very long durations.